I have met people who are writers, poets, artists, musicians, and more who pursue the dream of art. But there are a rare few to whom art comes naturally. Recently I came across a person who is simple, loves puns and is a dreamer. His writing is hip yet it speaks to the people. An author with immense talent and aspirations, Paul Jarvis. He has written 5 books till date and countless articles for Inc., Fast Company, The Huffington Post, Forbes, Lifehacker, The Next Web, Smashing Magazine, Adobe’s 99u and many other publications. He has worked with many Silicon Valley startups, pro sports athletes, Fortune 500 companies, best-selling authors and the world’s biggest entrepreneurs. His clients include Yahoo, Mercedes-Benz, Microsoft, The Highline in New York City, Danielle LaPorte, Marie Forleo and Kris Carr. His recent book "The Good Creative", is one of a kind and gives an entirely new dimension to pursuing your creative. He has inspired me in  many ways and I'm pretty sure he can inspire you too. Check out the adroit artist and author, Paul Jarvis in this interview.

1. The Paul Jarvis we all know is a best selling author, web designer and gentleman of adventure. But we'd like to know more about Paul Jarvis as a person, his likes, dislikes and what he thinks about himself.

I like long walks on the beach. Not in some cliche romantic sense, but inasmuch as I find nature to be my biggest source of inspiration.

I dislike most things. I’ve just always been a picky and peculiar fellow. A short list of things I don’t like: dairy products, stupidity (because no one is truly stupid - we all just do stupid things), clutter, traffic, paleo diets, organized religion, politics, meat, buying and selling items on craigslist, uninvited visitors, door to door vacuum sales people, Tuesdays, animal testing, mushrooms (but not the magic kind). 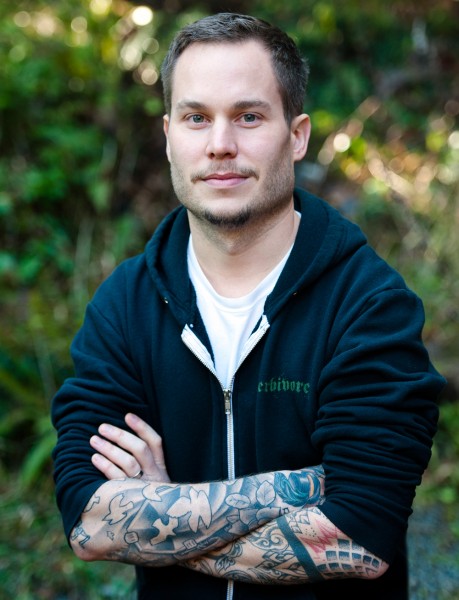 2. As kids, we all have dreams and ambitions. You are a successful author now, but was this the same thing you always wanted to be?

When I was a child, I wanted to be an engineer for Lego. Or at least, I wanted to be the person who was in charge of creating new Lego sets. Are those people engineers? Above firemen or astronauts or presidents, I figured the pinnacle of adult achievement could be found in being the person who invented new Lego sets. Writing came much later, and only after that Lego dream failed to materialize.

3. After you passed out of college, you worked for a web design agency. What made you shift from working for someone to working for yourself?

I became a freelancer by accident. I quit my agency job because my boss was more into cocaine than clients, and I was going to find another job. But the day after I quit, I started getting calls from clients asking me what agency I was going to next, so they could bring their work there. After the 3rd or 4th call I realized I could just work with all these clients myself, on my own. That was in the 90’s and I haven’t looked back since then.

4. You have a caveat “Do your own thing”. That is really something different. We have had authors who say things like “Top 3 things to do to take your blog to the next level... etc.” but not you. Do tell us more about this.

Most advice does only one thing: inflate the stature of the advice-giver. It’s also, however well intentioned, mostly wrong. That’s because all these listicles or generalized “how-to”s don’t work 100% of the time. Or even 50% of the time. If they did, we’ll all promote our blogs the same way, all market our books the same way, hell, we’d even all run deal websites as they’d be guaranteed to make us so much money we could all have money fights on our private yachts while drinking Hennessey out of goblets made from diamonds.

I think most people get frustrated or lose interest in creative pursuits they want to make a career out of because they try to blindly take the advice of those who’d “made it” already. When in reality, it’s a lot more fun and meaningful when you try your own way, and do your own thing.

5.Writing and Web Designing – if you were to choose between the two, which one would it be?

Neither. I could pick just one right now, since both bring in a decent income, but I don’t. I need both as a yin-yang in my life to keep me balanced. I love helping others do well with their businesses so I need to keep designing websites for clients. I also like to spout words from my keyboard as often as possible, so I couldn’t give up writing.

6. What would life without Internet be for you?

Amazing. But I’d also be broke. I actually can’t stand the Internet, but since it’s the hand that feeds me, I put up with it in small doses.

If it ceased to exist, possibly due to a zombie apocalypse, I’d spend my days (when not killing zombies) doing woodworking and photography in the woods. It’d be a simple life and possible even enjoyable, until I ran out of money and food (or until I was overrun by zombies).

7. You are currently living an idyllic life. What is a typical day for you?

There’s not “typical”. Every day I end up doing something different, and I have no routine. But most days involve some of the following: screaming at Photoshop because it crashed again, testing code that worked the day before didn’t change at all but now has stopped working, staring at a blank screen and calling it “writing”, consuming a lot of coffee, hanging out with my pet rats while they silently judge me, cooking in my kitchen with my wife, building wood furniture in my shop, and boxing.

8. I got a chance to read “The Good Creative”. While I was reading it, I felt the book was honest yet intriguing. It doesn't give you typical guidelines to achieve success. However, it shows you a way to be best at what you are good at. Can you tell us more about this book?

I was sick of reading articles about “HOW TO FULLY ACHIEVE SUCCESS AS AN ARTICLE IN SIX STEPS, YOU’LL NEVER HAVE GUESSED STEP 5” so instead of complaining to my twitter followers about it, I wrote my own creativity as work type book. It doesn’t lay out guaranteed steps to unlock all of the money, it simply sets a framework for winning in a way that works for each individual. Plus, I wanted an excuse to have an illustrated book that wasn’t for children (since I don’t like them either, that should probably go on my dislike list).

9. If I ask you to relate yourself to one word from the given three, which one would that be and why?

Based on my answers to this interview, I’d have to go with 3. Obviously.

10. Every person has a different take on success. Your 1st book did pretty great. What was your take on it? Did you ever expect it to be so successful?

I was honestly hoping to sell 30 copies. I’ve now sold over 100,000 copies of my books in many languages, so it’s gone slightly better than I had thought.

Really though, I don’t have goals, I just move in a direction that I feel makes the most sense for where I’m at and what my values are. Success is typically fleeting anyway, so I don’t put much stock into it. My writing does well for right now, but it may not in the future. And that’s ok. The zombies are coming and I’ve heard they aren’t big readers.

11. Tell us more about the Mojave, the band and your association with it.

I play guitar for that band. I’ve actually been a touring musician for as long as I’ve been a designer. That was another job where people told me it wasn’t smart to do since musicians don’t make money. Bootstrapping and indie music has a lot in common though, so I applied what I learned from music to startups and vice versa.

12. What do you think about the criticism? How important is it in an artist's life?

Most criticism is useless. We live in a culture now where it’s apparently ok to put someone else’s work down.

If I’m working with a client, who’s paying me, then I value what they have to say. I find collaborating and bouncing ideas off of each other to be what I like the most about client work.

But if someone doesn’t like my writing or wants to tell me how much of an asshole I am for releasing products, and doesn’t even buy them, then their criticism falls on deaf ears (after I tear into them a little, because I’m petty like that).

Well... A lot of advice mixed with a great deal of pun makes the perfect recipe for a fresh and active start towards pursuing your  creative dream. Take time out to go through Paul Jarvis's latest book "The Good Creative" and my personal favorite,“Be Awesome at Online Business” and find your own way to success in your creative pursuits.

Puja is an online marketer and content writer for DealFuel. Irrefutably the charmer who engrosses the customers and keeps them on toes, she happily writes great content for our customers and sends out amazing deals to their inbox. An enthusiastic animal lover, she also finds great interest in books, cartoons and cooking.